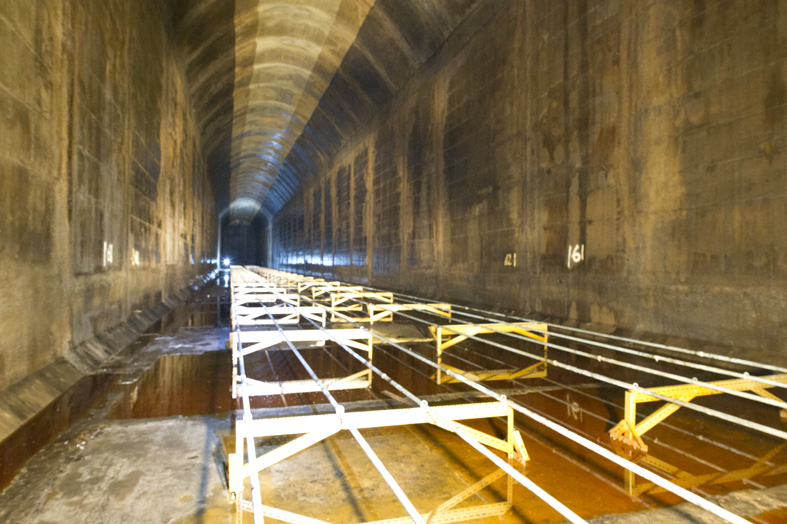 Firstly I should explain that I have been toying with the idea of making a solo inspired by recent trip to choreograph on the Chinese/North Korean border. 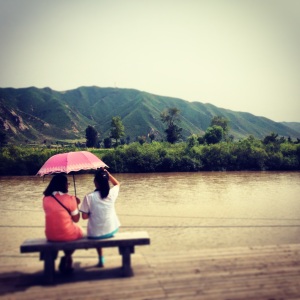 I have been looking at the themes of restrictions and boundaries from this theme, and have been wanted to leave the North Korean reference out of the picture.

I also love to host couchsurfers when possible, and my boyfriend and I couldn’t believe it when couchsurfers from Canada wanted to stay at our farm as they had arranged a guided tour of the old oil tanks built into the hill behind our house – we had been wanting to get in them for a while and I had thought that they fitted into my solo themes particularly well. 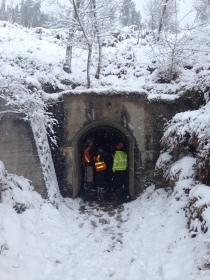 The tanks are built into the hill 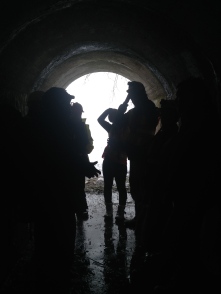 One of the tanks has recently broken the world record for the worlds longest echo (http://www.independent.co.uk/news/science/now-weve-heard-it-all-acoustic-scientists-shatter-the-world-record-for-longest-ever-echo-9062134.html) so I took a synth and sound recorder in and would love to use these recordings as the sound score for my solo/piece. One of the couchsurfers is a music producer so he will hopefully help me with his recordings. For now though check him out: https://soundcloud.com/user5260945   I’m feeling some nice chilled out vibes from his music.

To access the tanks you have to pushed through an 18inch opening on a metal sleigh. 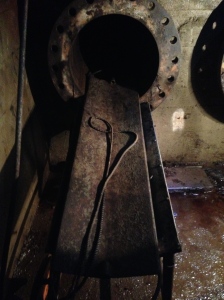 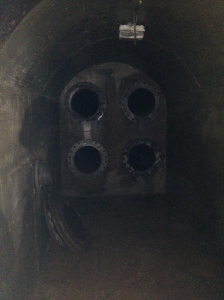 This did feel a bit like a horror movie scene, but once you got inside the tanks were incredible. The tour guide (visit Scotland) described them as it being like having 6 cathedrals under the hill with their size. They were so massive, and dark and vast, and the really were like being in a massive iron bounded area. And they definitely had their restrictions, not only in the physical sense but also in the visual sense. There was no electricity in them and due to their size it was impossible to see to the end of them, even with super strong torches.

I was lucky enough to have photographers also on the guided tour who managed to take long exposure photos with lots of torches to enable some visuals to be taken. 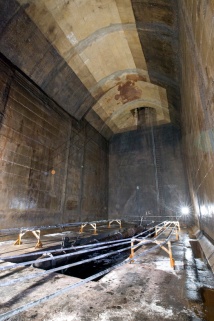 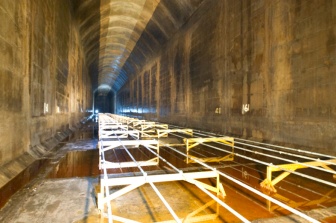 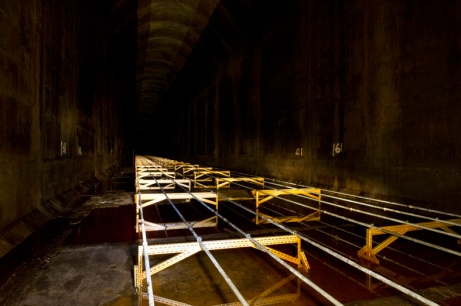 I also managed to film some scenes from inside despite the lack of light, which I am hoping to project as part of the dance, moving it into the world of installation as well dance. And am very much so looking forward to working with the sound from the world’s largest echo! What incredible and also very fitting inspiration for my dance!

I am also hopefully going to be able to work with 3 other dancers in a developmental week in February to create a piece from these inspirations for 4 dancers (including myself), which I am very excited about!

More information on the tunnels can be found here:

For now, I’m off to do some boogying, inspired by these incredible marvels of engineering built into the hill right behind my house!